Our splicer, part funded by the campaign and a generous donor, has reached its intended location in Kharkiv, Ukraine and was immediately put to use. Here you can see our founding team member and driver Rene loading it into his truck in Ljubljana, Slovenia. 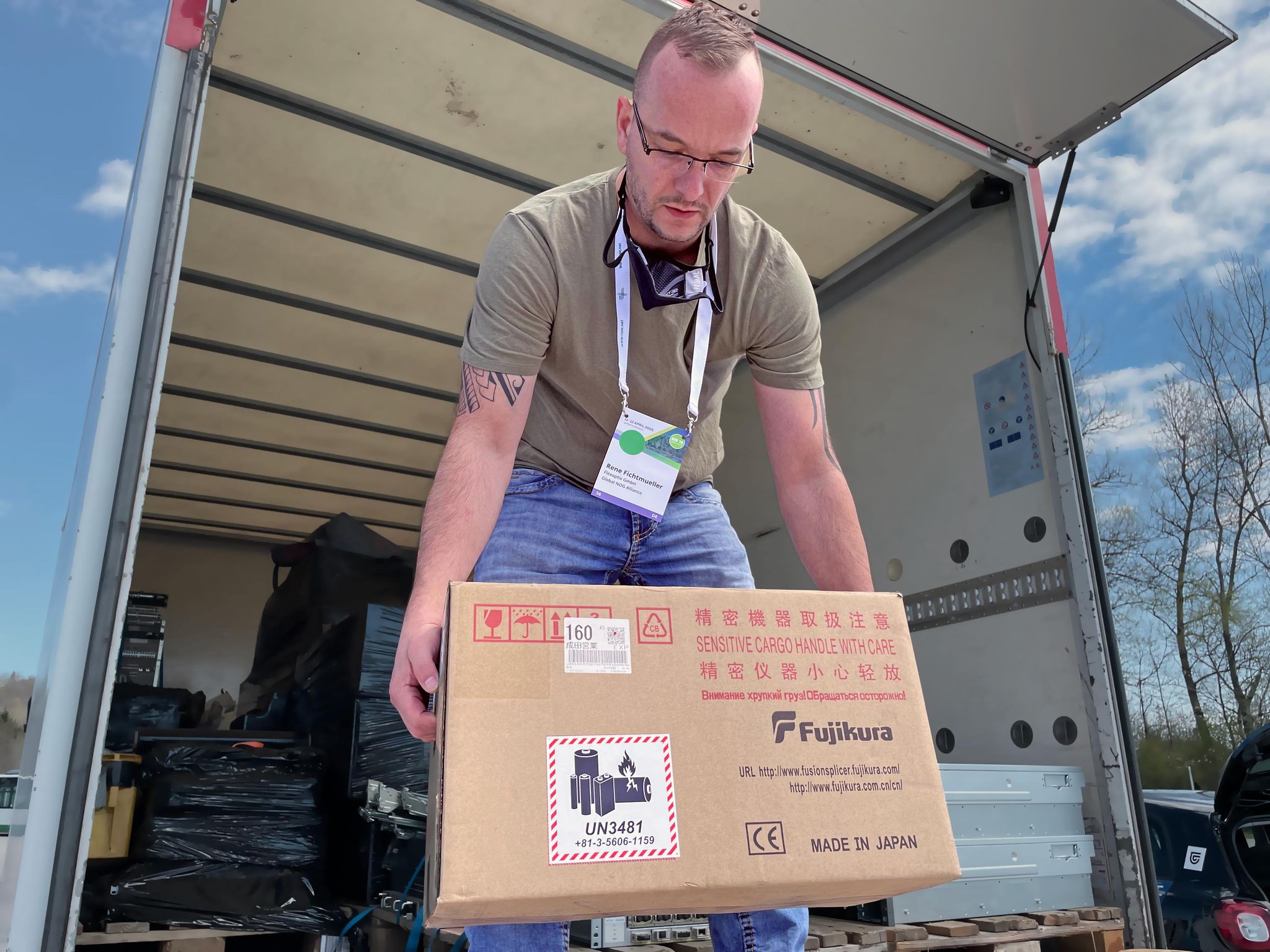 René loads a much-​needed Fiber Splicing Tool, half of which was paid for by a generous donor and then topped up with donations to the campaign, into the nearly full truck in Ljubljana.

René then unloaded his truck just over the Polish border, and our distributors then took the Splicer on to it’s final destination in the Kharkiv region. It travelled nearly 2,000km to get to where it needed to be.

The approximate route taken by the splicer

The splicer is now being put to use, repairing badly damaged fiber in the region. Here we have some photos from the recipient — they don’t have a lot of context, because understandably the network operators are concentrating on doing the job and getting out of there as quickly as possible.

We are extremely grateful for all of your generous support so far. However, one splicer is just a drop in the ocean of what is needed to keep Ukraine connected — our fellow operators need many more. If you have any leads on where we can find more, can donate or fund a splicer yourself, or arrange match funding with your employer or among friends, we’d absolutely love to hear from you.

This site uses Akismet to reduce spam. Learn how your comment data is processed.